Why Lewandowski wants to leave Bayern

Will Argentina win the 2022 World Cup?

What are good soccer jerseys?

Most Goals in World Cup History

“It’s never easy to deal with emotions in difficult moments such as the one we are facing. Nevertheless, we always have to be respectful, patient and set the example for all the youngsters who love the beautiful game. I would like to apologize for my outburst and, if possible, I would like to invite this supporter to watch a game at Old Trafford as a sign of fair-play and sportsmanship”

On Saturday afternoon， after Everton's 1-0 win over Manchester United, a video emerged on social media showing Ronaldo throwing Everton fans' phones to the ground as he left the pitch.

As you can see, Cristiano Ronaldo knocked off a mobile phone of a fan who was clearly a kid. According to Les Échos, this kid named Jack Harding is only 14 years old. His mother, Sarah Kelly, told reporters that Ronaldo bruised the back of her son's hand and broke his mobile phone. The screen is not working at all the phone is turned on, and it can no longer be used. 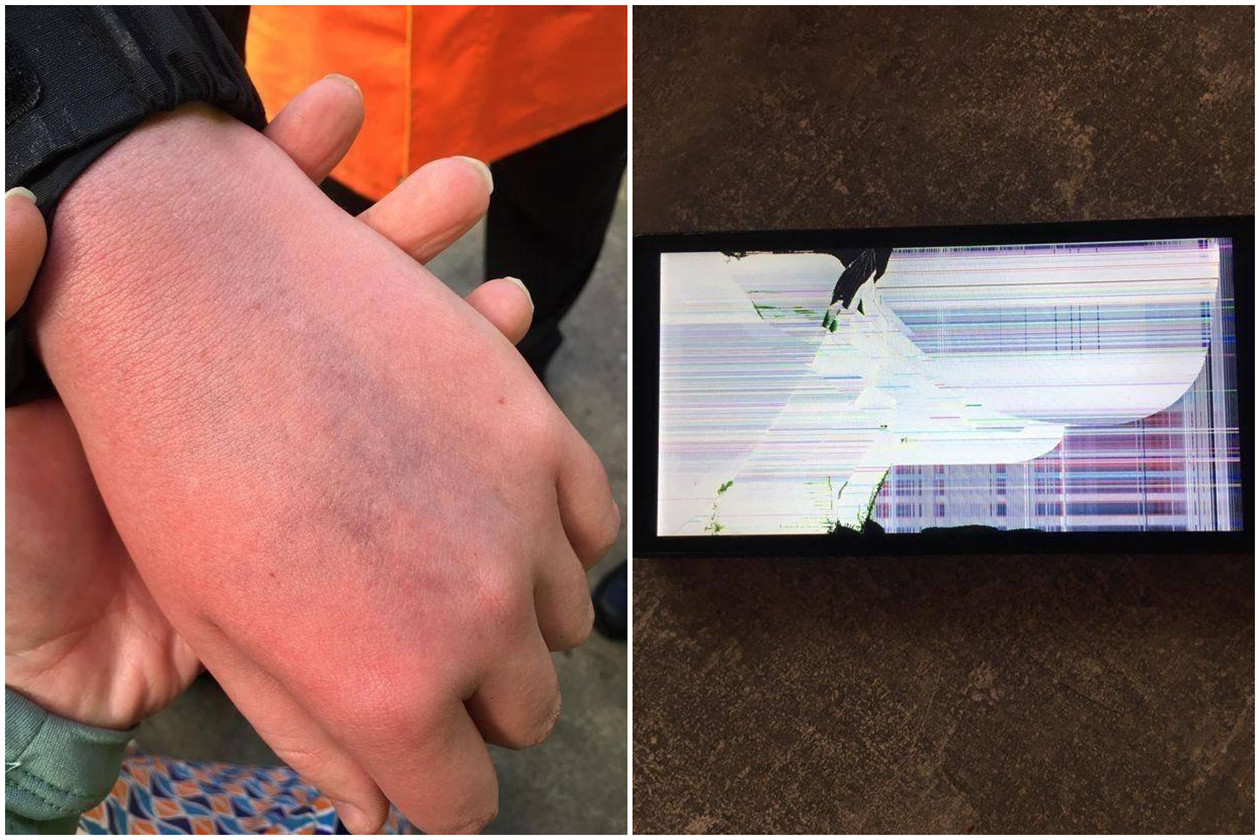 After watching his mother's interview, people's dissatisfaction and anger towards Ronaldo increased.

"--At full-time the Man United players started walking off. We were in the Park End so we were right by the tunnel where they came walking past – my son was there videoing them all.

--Ronaldo then just walked past, with a terrible, terrible temper and smashed the phone out of my son’s hand and carried on walking.

--I was crying, I was shook up, Jacob was in complete shock – he’s autistic and he’s got dyspraxia as well, so he didn’t really digest what was happening until he’s come home now.

--He’s really upset about it and it’s completely put him off going to the game again.” 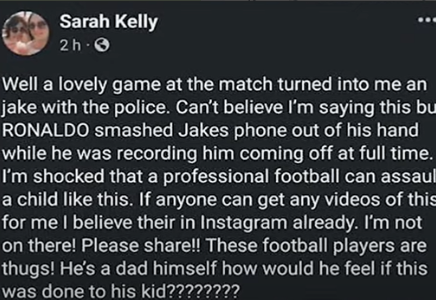 Originally, the fans were very worried when they saw Ronaldo injured, but he knocked out the mobile phone of the young fan... that changed the matter---making many fans angry.

In fact, apart from this incident, in this game, Cristiano Ronaldo also vigorously kicked the ball to the sidelines to vent his temper, and the direction of the ball flying happened to be the Manchester United bench, which also made many Manchester United fans angry. 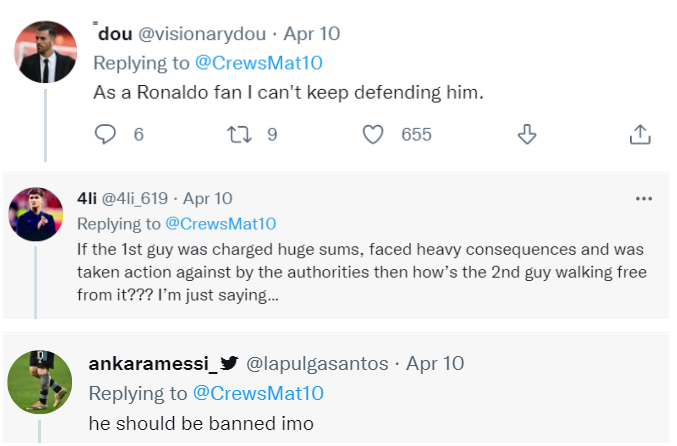 Anyway, the police are already investigating. A statement from Merseyside Police read: ‘We can confirm that we are liaising with Manchester United Football Club and Everton FC following reports of an alleged assault at the Everton v Manchester United football match today (Saturday 9 April 2022) at Goodison. As players were leaving the pitch at 2.30pm it was reported that a boy was assaulted by one of the away team as they left the pitch.

‘Inquiries are underway and officers are currently working with Everton Football club to review CCTV footage and are carrying out extensive witness enquiries to establish if an offence has taken place.’

---Manchester United are ready to let Cristiano Ronaldo leave at the end of the season -- if he decides that he wants to.